Your Complete Guide to Beerline cleaning

Everyone who owns and runs a pub, bar or restaurant with a draft dispense system should regularly clean their beerline system. This is because over time deposits of limescale, beerstone, yeast, hops and proteins that have not been filtered out properly as well as bacteria can build up on the walls of the dispense lines.

Why should it matter if they get dirty?

Because someone’s going to drink it! Dirty beerlines can taint beer.  Beer is a food and while no one has been seriously harmed from drinking bad beer they can be made very ill which will impact your public image, reputation and ultimately your sales.

Each type of beer has it’s own colour, clarity, aroma and taste. If contaminants are allowed to establish themselves then they will ruin your beer. More information on what makes beer turn bad can be found in the article ‘That ‘Taint Right’

What are the main contaminants that can build up in my lines?

Limescale – This comes from the fresh water you use to rinse lines and will mostly affect Cask Beers (because keg lines are not usually flushed after each keg is emptied), you will also see it on taps and in your kettle as a white solid layer. 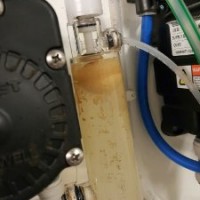 Beerstone – This is a generic term for Calcium Oxalate and looks a little like limescale but is a beige/brown colour. Beerstone is formed from a chemical reaction of Oxalic Acid (produced during the brewing process) and calcium from water hardness.  Because of modern purification and filtration systems beerstone is less of an issue than it traditionally was and mainly effects Cask beer lines as these are unfiltered live products.

Yeasts – These can either occur from brewery yeasts left over from the brewing process or even wild yeast which are found floating around in the air of the cellar (Some beers such as Lambic styles use wild yeasts in the fermenting stage to give a sour taste).  They are usually found on the outside parts of the beer line system such as the couplers, spouts, sparklers and drains.  If wild yeasts are on the couplers then there is a chance they can get into the system during cask/keg changes and cause an infection.  Usually they look white or grey in colour and can have a sandy or stringy appearance. 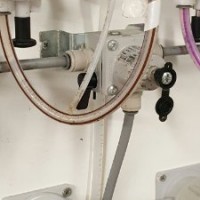 Mould – Comes from the air in your cellar and are all around us, they like to live in damp conditions exposed to the air, so will grow on cellar walls, couplers, cleaning sockets, the tops of kegs and casks, spouts and drains.  Moulds are usually black or brown in colour but can sometimes be red, they can get into the system when changing kegs & casks or even when beer is being dispensed.

Bacteria – Not the sort of bacteria found in your kitchen which can cause food poisoning or in cases of extreme contamination death.  The bacteria which can infect a beer line system can cause an upset stomach due to the taste, smell and change in mouthfeel of the beer they have contaminated.

How often should I clean the beer lines?

Unless you have special brewery approved equipment then you should clean (or if you employ a cellar services technician have them do it) at a minimum of every 7 days.  Breweries and line cleaning companies have spent many years looking into line hygiene and how to keep dispense systems clean so it is always best to follow their recommendations. 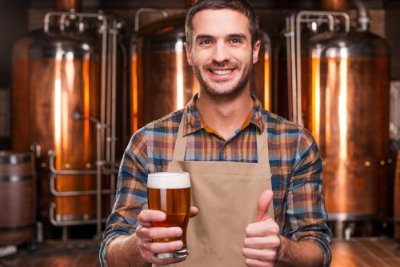 What about automatic Line Cleaning Machines

There are a few models available on the market, each works in a slightly different way.  Some are more effective than others so it is always best to research each unit thoroughly to make sure that they will work for your establishment.

The Essential Guide for a Manual Clean

Your Beer Lines Are Now Clean! If you would like any further advice about cellar and bar management, just Ask CellarCraft